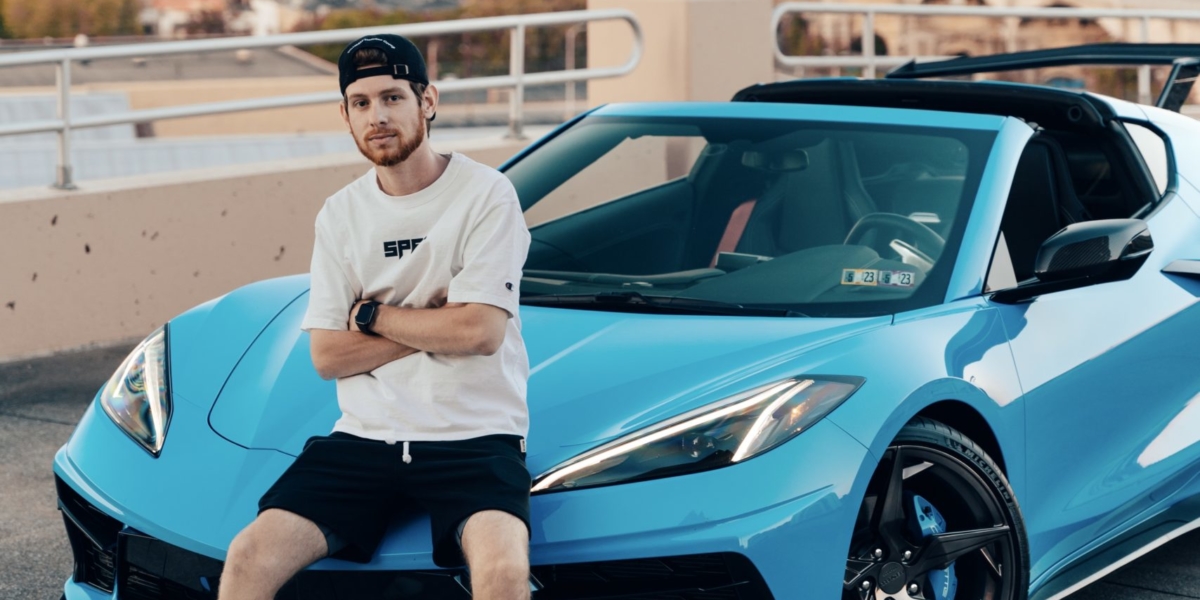 Alex Spangler earned his BFA in Graphic Design from Pennsylvania College of Art & Design in 2022 – but he and his company, Spec Creative, had already been in business for nearly a year. It’s the story of a hobby and a passion that combined perfectly into a business that now photographs and films automobiles — really, really nice automobiles — and has built on its beginnings of word-of-mouth to partnerships with viral social media accounts and corporate recognition with Lamborghini.

But first, let’s back up.

You founded Spec Creative in the summer of 2021. How did you start out, way back in the beginning?

Alex Spangler: It all really started as a hobby. I had a really cheap Samsung MP4 player that I bought myself when I was about 12, and it happened to have a camera. I already had an appreciation for cool cars, partially because of my dad, and would just take really bad photos of the cars I would see out on the road or at restaurants. I started an Instagram for myself and would post photos there for my friends to see. I slowly built a small following over the next few years, and I followed all kinds of car accounts and just general photography accounts. It really always interested me., and I really consumed as much as I could over those years to about 2016 when I got my first real camera, a Canon T6. I learned the basics and practiced on my friends’ cars in the high school parking lot after school, and started going to car shows for fun and posting away on social media. I would ask people at shows if we could go somewhere more scenic afterward and get some cool pics — a year or so of that, and people started to offer me money for my time. By 2019, I was having the time of my life riding around in my dream cars and taking pictures of them, all while getting paid to do it.

How did you get linked up and start to make your name?

AS: I met a very popular YouTuber (StreetSpeed717) by chance at a car show. I was already a big fan and, of course, had to give him my card, and said to email me if he wanted any of the photos I took of his car that day. He gave me his personal cellphone number on the spot, and the rest is history. Now I help him film all his videos and get content for the various companies we work with, all while sending my online following through the roof and meeting thousands of people and fans of what we do who would end up being clients. We have done some wild things for YouTube in the name of entertainment, such as putting massive off-roading wheels on a brand-new $100,000 truck with over 700 horsepower and accidentally destroying it in the process; jumping Lamborghinis and other very expensive and/or cheap vehicles through the air; prank videos; and many others. You love both graphic design and photography — how did you decide which to focus on for your BFA degree?

AS: I knew I loved photography and had already spent years working with it, but something about graphic design has always interested me. I wanted to learn more and be proficient enough that I could use both to run my future company and be somewhat of a one-man band until I was really established enough to hire people to work with me. Graphic design seemed to be the best option that would help me grow as an artist, so I ran with it. I was always the kid who had to play with the word-art at the top of all his papers in middle school, so typography has also been a big interest and driving factor as well. Another aspect of graphic design I’ve learned to love is web design. I had a pretty basic, functioning site since high school, and it has grown into something much bigger over the years, all while taking web design jobs for various clients.

You credit photographer Mark Riccioni as an inspiration. How were you introduced to Mark’s work?

AS: I was introduced to Mark’s work freshman year at PCA&D in my digital photography class with Prof. (Aaron) Thompson. I had found a very limited, special edition Porsche magazine for Top Gear which became my biggest source of inspiration for a book project. The whole magazine was full of only Mark’s work, and I was absolutely locked in on it. I had never seen automotive photography the way that he did it, so it was really eye-opening to me. His style almost isn’t even about the vehicles: He focused more on the setting and scenery, and it was beautiful. The mountains behind a $2 million car, a beat-up, dark warehouse for a one-of-a-kind, garage-built masterpiece, it all made sense the way he did it. Over time I found photographers with very different styles and I have really tried to bring all of it together in my work today. 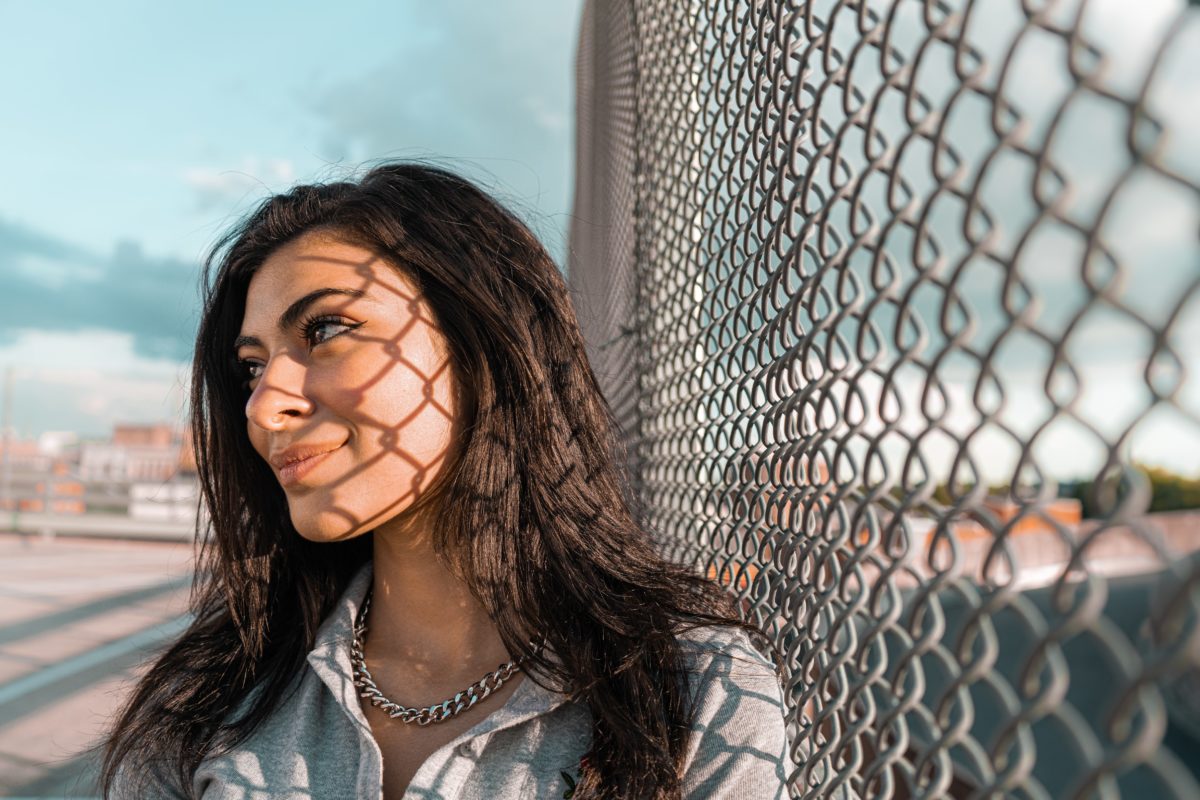 How did your PCA&D experience prepare you for what you’re doing today right out of college?

AS: PCA&D really pushed me to get out of my comfort zone a bit more than I wanted, and learning small things here and there, even if I had no interest, would change the way I look at other things in my field of work. Classes like Art of the Poster opened my eyes to artwork I had no idea I loved so much, and taught me a lot about typography at the same time. Digital Media class taught me how to take photos of things other than cars, such as people, something I had very little experience with and now do professionally. It really is all about introducing students to as many things as possible. We latch on to certain things that we might learn we are good at and then take them even further. Can you share a formative PCA&D moment that really let you know you were on the path that’s right for you?

AS: A specific project that really opened my eyes to something completely new was Digital Photography. It was another book assignment, and I wanted to utilize my nice drone so I broke it out and experimented with abstraction — in this case, flying very high up, sometimes well over 1,500 feet, and taking photos straight down.

I worked off of my MacBook for the first three years of college, then needed something a bit more powerful to run software and high-res footage … so I built a high-end. PC. I still use all Adobe software for editing and design work.

What would be your ultimate car to design images or a full campaign around?

AS: A goal in my life has always been to do work for Lamborghini. I’ve been lucky enough doing what I’ve been doing that we have a lot of eyes on (YouTuber StreetSpeed717) and me, some of which are corporate Lamborghini, they’ve seen my work and love what we do. Lamborghini reached out to me directly about a year and a half ago when we built a ramp and jumped a $250,000 Lamborghini Urus over a $400,000 Lamborghini Aventador and completely broke the internet for a few weeks with the photos of the car flying through the air. Knowing that high-up people who would directly connect me to one of my biggest life goals were watching me was a wild feeling, to say the least. We ended up doing (the stunt) two more times with other vehicles, a $300,000 Dodge Viper and a $900,000 Lamborghini Aventador SVJ. I invite you to look up “Lamborghini jump” on Google. It’s all us.

Who is Spec Creative working with right now?

AS: InShane Designs is mostly a “merch” company that works with the YouTuber StreetSpeed717 and me. It started out specializing in wrapping exotic cars and trucks for clients. I would do all of the photography and, occasionally, some design work for the clothing/logos. Cars range from Jeeps to Corvettes to Lamborghinis and really anything in between. The other company I actually had a bigger part in founding. Corvette Sweepstakes is a spin-off with a very limited number of entries. We give away one Corvette C8 a month with only 1,000 entries, and we give a large portion (of profits) to various charities. I created the website and do all of the content creation for that company.